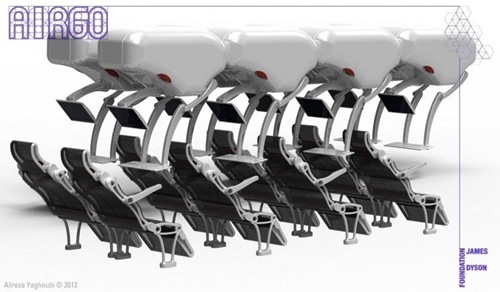 AirGo seat concept aims to up the comfort in coach class
By David Szondy, Gizmag, 20 February 2013.

Flying economy class can be about as enjoyable as being stuffed into a left luggage locker, but Malaysia-based engineering student Alireza Yaghoubi has come up with a new economy class air passenger seat design that departs radically from the one that’s been used since the 1960s. Winner of the Malaysian national James Dyson Award, the AirGo concept aims to make seats less expensive, easier to maintain and as comfortable as the leather and free drinks before take-off jobs up in first class. 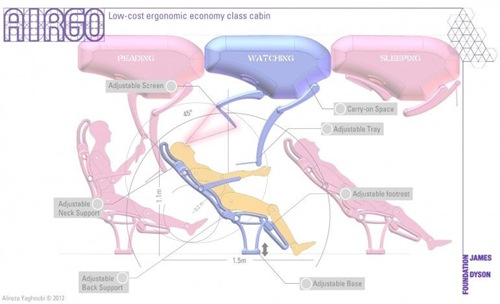 Different configurations of the AirGo seat

Yaghoubi says that the AirGo design was born of his own aggravations with flying economy as a student. Reading reviews of passenger experiences, he noted many complaining of neck pain, poor blood circulation and backache caused by the primitive ergonomics. Passengers also want a consistent experience. That’s a bit of a problem when you’re having the person in front of you pushing the chair back. This not only invades your space, but it also interferes with the fold-down table, makes the chair-back entertainment system less accessible and ensures that using a laptop is nearly impossible. 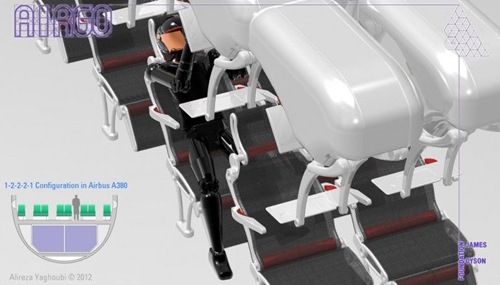 Yaghoubi’s concept design for the AirGo Economy Class Cabin is built around a minimalist design that looks more lawn chair than luxury recliner. According to Yaghoubi, the articulated AirGo seat is more ergonomic, less intrusive on other passengers and more economically viable than current designs. 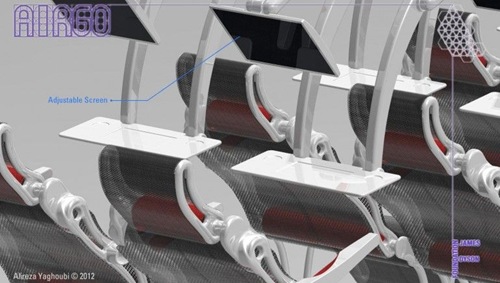 The principle behind the AirGo is that each seat occupies an independent space that doesn’t impinge on the others and offers the same comfort as a First Class seat. The seat consists of two parts. Above is an individual locker for each passenger that replaces conventional shared bins. Attached to this are a tray and touchscreen that are mounted independently on arms that can be easily moved and configured or simply folded away when not wanted. 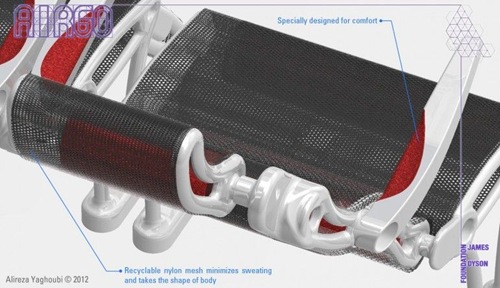 Under this is the AirGo seat itself, which consists of an articulated frame containing three motors that allow the passenger to customize its position for and hopefully avoid neck and back pain. Instead of cushions, the back support is a nylon mesh that conforms to the body and prevents sweating. In addition, the footrest is an integral part of the AirGo seat rather than mounted on the seat in front. 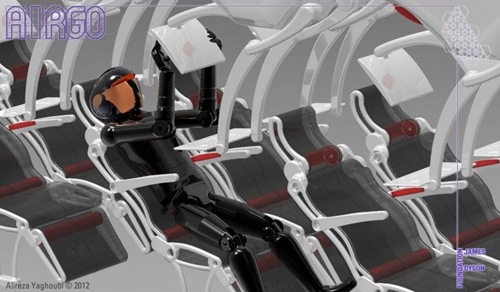 Yaghoubi claims that the AirGo seat would be cheaper to manufacture and maintain. He also says that the AirGo is 200 percent more space efficient than first class and only needs 16 percent more space than a conventional Economy Class seat. That latter part would be impressive in most scenarios, but with airlines seeing every inch not dedicated to cramming in more seats as a loss, that 16 percent may tell against the AirGo. 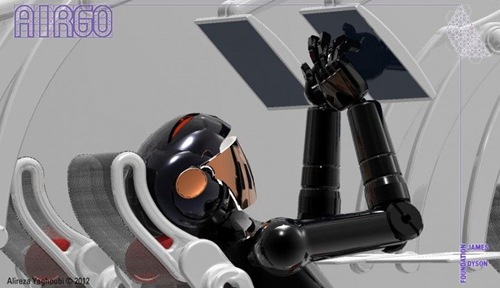 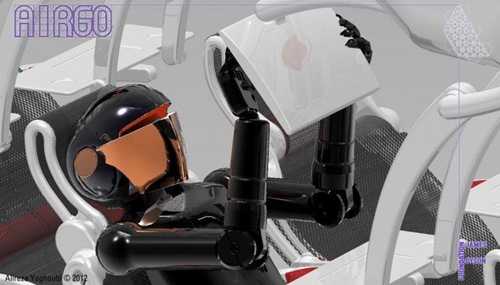 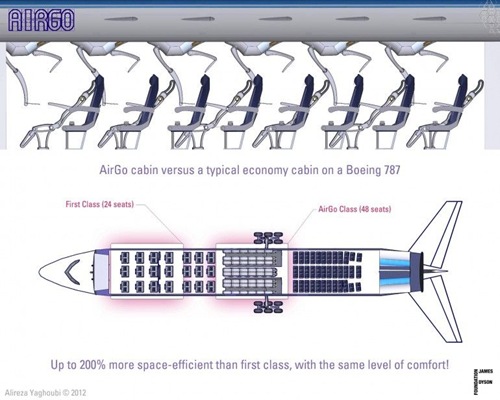 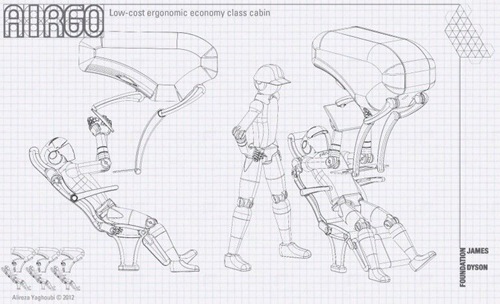 The video below introduces the AirGo seat concept.