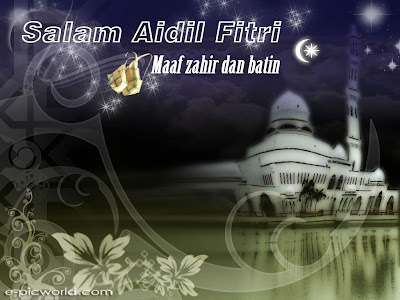 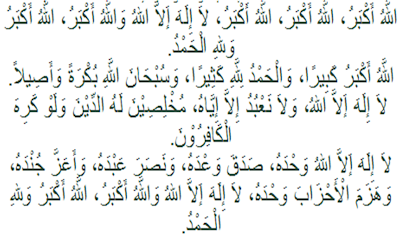 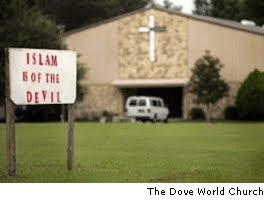 The ironically named Dove World Church — whose pastor, Terry Jones, has written a book called “Islam Is Of The Devil,” which is also emblazoned on a sign outside the institution — is planning to host “International Burn A Quran Day” on September 11. But the radical church ran into a new roadblock yesterday as Gainesville city officials “denied a burn permit” for the church for the event, effectively telling them doing so would be illegal. The church, undeterred, sent out an e-mail to supporters promising to hold the burning event anyway:

Gainesville officials denied a burn permit for a church that plans to burn copies of the Quran on the ninth anniversary of the September 11 attacks. The Gainesville church, the Dove World Outreach Center, has a history of inflammatory comments and campaigns against Islam and remained defiant despite the burn permit denial.

In an e-mail sent out Wednesday, the church said, “City of Gainesville denies burn permit – BUT WE WILL STILL BURN KORANS.”

Under the city’s fire protection ordinances, the open burning of books is not allowed. The city’s fire chief, Gene Prince, told a local news station that the “church will be fined if it holds the book burning.” Mayor Craig Lowe, who has in the past referred to the church as a “tiny fringe group and an embarrassment to our community,” told The Gainesville Sun that he supports the officials’ in denying the book burning. “Based upon the law and the ordinances that have been set forward by the city of Gainesville, I support and respect the decision,” he said.

As of this writing, nearly 500 people have clicked “like” on the event’s webpage, which also features Photoshop images premised on the nuking of Iran and Mecca. One of these shows Mecca’s Grand Mosque full of pilgrims, with the simple tag: “Nuke It.” 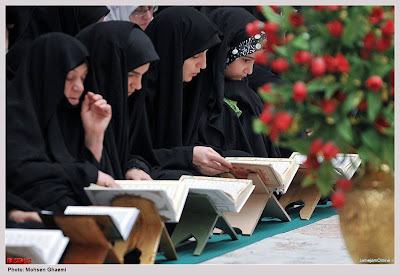 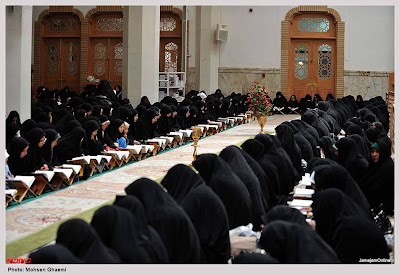 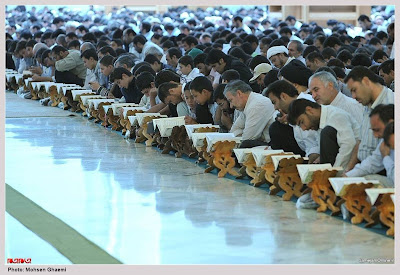 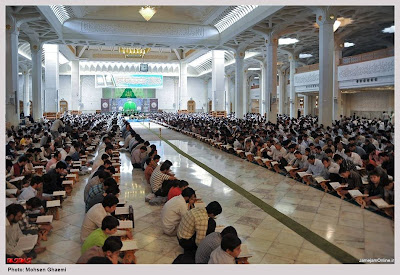 LAILATUL QADR: THE NIGHT OF POWER 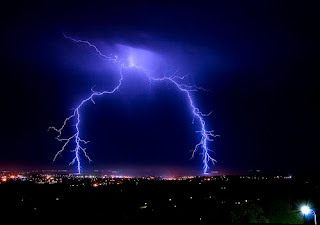 Imagine this. What if your boss told you that if you worked on one specific day, the company would give you 81 years worth of pay? What if you could earn the same amount of money for 81 years of work with just one night of labor? Would you agree to this bargain?

Allah, praised and glorified, has promised His believers an even better deal. Muslims can attain the same amount of blessings and rewards in one night of worship, as they would if they worshiped 1000 regular months. That’s over 81 years. That’s the blessing of Lailatul Qadr.

Lailatul Qadr, translated as the Night of Power, is the greatest night of the year. During this period, Muslims should spend their nights in worship and seek forgiveness, reward, and blessings of Allah.
What Should We Do During Laylatul Qadr?

Here are some recommended things that we should do during Laylatul Qadr.
1. Qiyamul Layl: Translated roughly as “Standing for Prayer at Night.” During any other time of the year outside of Ramadan, this prayer is the same as Tahajjud. However, during Ramadan, the Taraweeh prayer replaces Tahajjud, and Qiyamul Layl is a separate prayer Muslims can make at night. It is highly recommended that we make this prayer during Lailatul Qadr.

2. Doa: Roughly translated as “supplication”, this is an informal prayer in which the Muslim asks Allah for anything he or she may need or want. There is no specific method of making doa, but it is preferred that the Muslim requests blessings upon Prophet Mohammad (peace be up on him), prays for his/her parents, and asks Allah for forgiveness. Allah loves it when His slaves ask Him for things, so asking during Lailatul Qadr is especially beneficial.

3. Leaving the mundane: Muslims should decrease their involvement in worldly actions during Lailatul Qadr. While it’s okay to eat, drink and sleep during the Night of Power, they should refrain from sexual relations and frivolous activities like watching TV or common gossip.
What Does The Quran Say About Laylatul Qadr?

Lailatul Qadr is only directly referenced in one chapter of the Quran. This is chapter 97 which goes by the name Al-Qadr, meaning “The Power.” Though this is a short chapter, it is very profound when we consider the meaning behind the words.

Verily We have sent it down in The Night of Power (Lailatul Qadr)
And what will explain Lailatul Qadr to you?
Lailatul Qadr is better than a thousand months
Therein descend the Angels and the Spirit with the permission of their Lord, with every matter.
Peace therein, until the coming of dawn.

Now, let’s look at this chapter in depth. The following information is based on Ibn Kathir’s explanation of the Quran.

“Verily We have sent it down in the Night of Power.”

Chapter 44, verse 1-4  state: Ha-Mim. By the manifest Book that makes things clear. We sent it down on a blessed night. Verily, We are ever warning. Therein (that night) is decreed every matter with wisdom.

So from this verse, we know that the Quran was sent not just during the month of Ramadan, but specifically during Lailatul Qadr.

Allah explains the Night of Power as only He can. He tells us that Lailatul Qadr is better than a thousand months during which there is no Night of Power. Prophet Mohammed (peace be upon him) stated that whoever is deprived of good on Laylatul Qadr is truly deprived. Our prophet has also stated that whoever stands (prays) during Laylatul Qadr expecting the reward of Allah, will be forgiven their previous sins.

“Therein descend the Angels and the Spirit with the permission of their Lord, with every matter.”

Because of the magnificent blessings of this night, the Angels descend from Heaven. They come down in great numbers with the blessings and mercy of Allah. They visit the believers worshiping Allah whether they are reciting Quran, making dhikr (remembrance) or performing prayer.

“The Spirit” in this verse refers to the Angel Jibreel (Gabriel). We can see how important Lailatul Qadr is if the highest ranking angel of all is descending upon the earth. Angel Jibreel is the one who visited Prophet Muhammad with the first verses of the Quran.

The phrase “with every matter” means that during this night, the matters of life and death, the provisions of every human, is decided during this night. (See the verses from Chapter 44 above.) Truly, what a blessed night to seek the mercy of Allah!

“Peace therein, until the coming of dawn.”

Prophet Muhammad (peace and blessings be upon him) has stated:

“Verily, the month of Ramadan has come to you all. It is a blessed month, which Allah has obligated you all to fast. During it the gates of Paradise are opened, the gates of Hell are closed and the devils are shackled.”

The question everyone has is: “When is the Night of Power? Which night is Lailatul Qadr?”

We already know from the Quranic verses above, that Lailatul Qadr occurs during the month of Ramadan. A narrative from Aishah (may Allah be pleased with her), the prophet’s wife, states: “when the last ten days of Ramadan began, the Prophet (peace be upon him) would stay up at night, wake his family and tie his lower garment tight.”

So now we know that Lailatul Qadr is during the last ten nights of Ramadan.

There is a statement from Prophet Muhammad (pbuh) that reveals more evidence. He stated:

“Verily I saw Lailatul Qadr, and I was caused to forget it, and indeed it is during the last ten (nights). It is during an odd night and I saw myself as if I were prostrating in mud and water.”

This shows that the Night of Power occurs during the odd numbered nights during the last ten days of Ramadan.

It was recorded that after he made this statement, Prophet Muhammad led his companions in prayer. While they were praying, it began to rain, and after Prophet Muhammad (pbuh) came up from prostration, his forehead was covered in mud and water. One narration states this occurred on the twenty-first nght.

However, another narration states that Lailatul Qadr may occur during another night.

Yet another narration from the companion Ubay Ibn Ka’b states otherwise. When informed that another Ibn Mas’ud (another companion of our prophet) said whoever stands for prayer during the entire year will catch Lailatul Qadr, Ubay responded: “May Allah have mercy upon him. Indeed he knows that it is during the month of Ramadan and that it is the twenty-seventh night.”

And then the companion Abu Hurayrah reported that Prophet Muhammad stated:

“Verily, it is during the twenty-seventh or the twenty-ninth night. And verily, the angels who are on the earth during that night are more numerous than the number of pebbles.”

So, we can see that while there is ample evidence that Lailatul Qadr occurs during the odd numbered nights of the last ten days of Ramadan, there’s no absolute evidence of the exact night. What is for the Muslim then, is to spend each of the last ten nights involved in worship, hoping to catch the Night of Power.

Several scholars believe that the Night of Power moves about during the last ten nights from year to year, and is not necessarily the same night every year. There appears to be sound evidence for this theory. This gives us even more reason to seek Lailatul Qadr during each of the last ten nights, instead of just focusing on one particular day.

This night is also a good time to increase our understanding of Islam. This is a good time to learn Quran or memorize a new doa. Even if you only know the basics of Islamic beliefs, you should take advantage of Lailatul Qadr.

Video:
Laylatul-Qadr (The Night of Power)
Posted by Alizul at 01:55 No comments: Links to this post