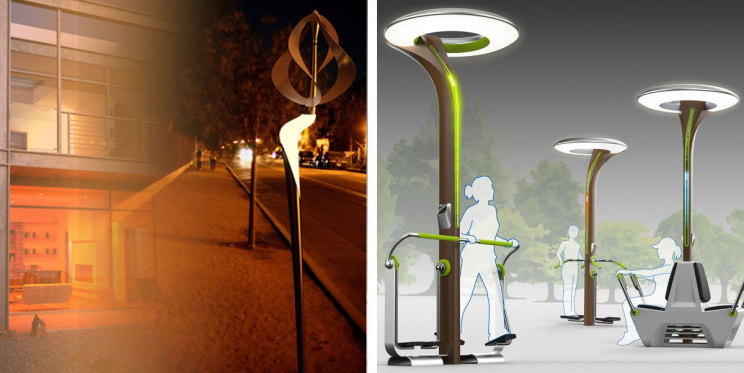 Over 140 years ago, Thomas Edison produced the world's first commercially viable electric light bulb. Since then, they have been making life and work easier and keeping us all safer on the streets.

Here we explore seven interesting concepts that might be the next step in the evolution of street lights.

Related: 85 Years Of Legacy: How Thomas Edison Illuminated The World

Was the light bulb one of the greatest inventions of all time?

The invention of the lightbulb is widely considered as one of the most important inventions of all time. They allowed the working day to be extended well into the night in a safe and relatively cheap way.

Prior to their development, most artificial light sources were combustion-based. The fuels used included things like candle wax, kerosene, whale oil, and gaslighting. These were dirty, smelly and potentially dangerous as they could start building fires if left unattended or accidentally knocked over or damaged.

The light bulb was also safer as it immediately removed the potential for inhalation of toxic gases on a regular basis, especially carbon monoxide. Electrical artificial lighting also helped alleviate serious health and safety risks in the workplace related to bad lighting or the potential for explosions, in places like mines and factories.

But, whether or not one considers this as the greatest invention of all time, is something of a matter of opinion.

What impact did the lightbulb have on society?

We've already touched on this a little above, but the invention of the electric light bulb had an enormous impact on society. Almost overnight, artificial lighting became more efficient, longer-lasting, more reliable, and safer.

"More than 150 years ago, inventors began working on a bright idea that would have a dramatic impact on how we use energy in our homes and offices. This invention changed the way we design buildings, increased the length of the average workday, and jumpstarted new businesses. It also led to new energy breakthroughs - from power plants and electric transmission lines to home appliances and electric motors," states Energy.gov.

Artificial lighting has revolutionized the way we work, live, and play since its development over 150 years ago. But these next seven ideas might offer the next quantum-leap in lighting, in the not too distant future.

1. Check out these "Solar Trees" 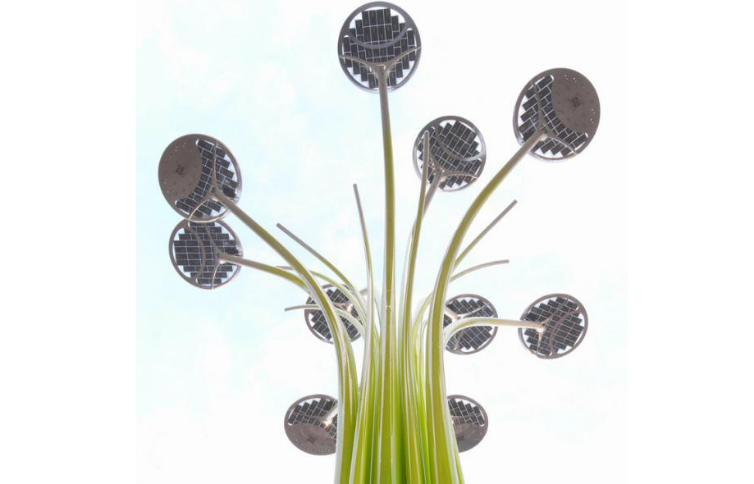 Each "tree" would have up to ten leaf-like PV panels facing the sky.

Of course, in order to work when actually needed (at night), any and all energy generated in the day is stored in internal batteries.

The lights also come equipped with handy light-detecting sensors that automatically turn the lights on, when the sun goes down. The entire design is intended to remove lighting from the electrical grid and make them far more efficient than traditional setups.

2. "sTREEt" is a further development of "Solar Trees"

"sTREEt" is another interesting take on the concept of urban lighting. It is fairly similar in concept to "Solar Trees" detailed above but envisages using a single larger "mother tree." That tree collects and stores solar energy, to power its own grid of child streetlights.

The "mother tree" would be outfitted with large amounts of solar panels and would be a pretty large structure. Harvested energy would then be transmitted to smaller streetlight structures in the surrounding area.

"The family of sTREEt ranges from little sprouts combining a few elements, to the mother tree that occurs on urban squares and generous public spaces. In addition to social elements such as seating, playthings, and swings, the mother tree sports a tree crown of solar panels to create shade and shelter for the urban space beneath it, as well as to power the local ecosystem of sTREEt." - kibisi.com. 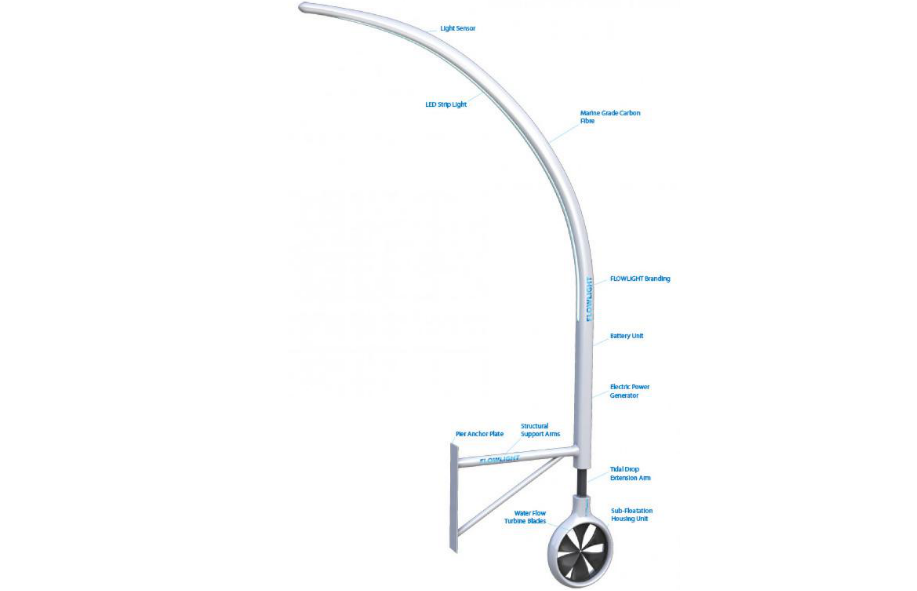 Designed by Shane Molloy, the "Flowlight" is yet another interesting take on urban lighting solutions. Unlike previously mentioned concepts, this one uses tidal power to keep the lights on.

As it relies on tidal power, this lighting solution would be geographically limited and could be used for piers, sidewalks, and roads that run alongside watercourses. Each light has its own water turbine-equipped arm that dips into the water to generate power from the movement of the waves.

Each arm floats and moves up and down with the position of the tide throughout the day. This enables it to harvest energy to keep the lights on continuously.

4. Urban Green Energy's "Renewable Street Lamps" could be the future 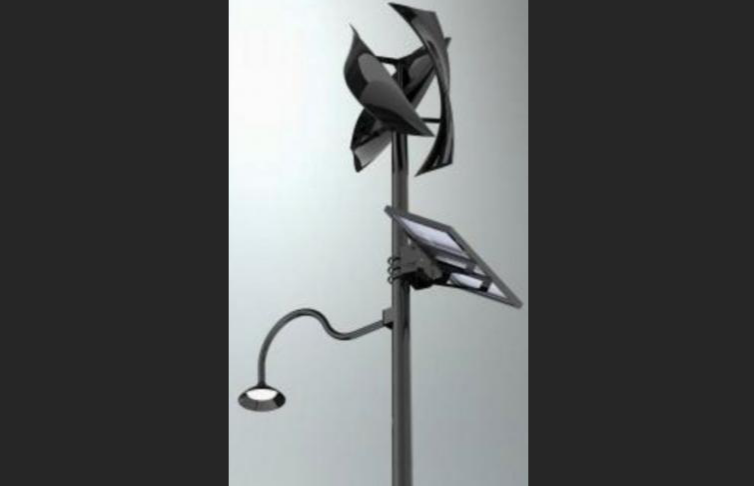 Unlike others on this list so far, Urban Green Energy's "Renewable Street Lamps" are actually commercially available.  However, UGE has since stopped trading, but their products can still be found on sites like alternativeenergycompany.com.

These lights are self-sufficient and have shown that streetlighting can be possible off the grid. Each light is dual-powered and utilizes both solar and wind energy to store and power the lights at night.

These lights have a built-in battery that is able to keep each light going for 3-5 days. This is useful, especially in the event that the sun doesn’t shine and the wind doesn’t blow.

As a further incentive to businesses who might consider using these on their properties, each one comes with ample advertising space.

5. "EnergyMe" helps you save on gym membership 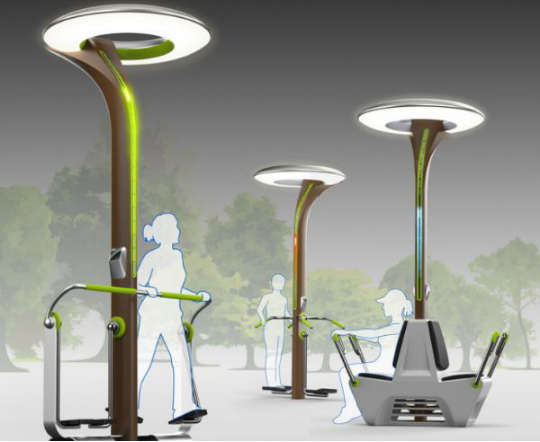 If you are a regular gym-goer, the idea of generating power from people exercising might have crossed your mind. And that's exactly the premise behind the "EnergyMe" street light.

The idea is simple - get free access to gym equipment, to help keep the local areas streetlights on. Citizens can walk, run, push, pull, and pedal their way to fitness and contribute to the benefit of their local community at the same time.

This solution not only helps keep fit but also reduces the environmental impact (and costs in taxes) for running streetlights. Win, win!

6. The "Windtulip" is an interesting concept 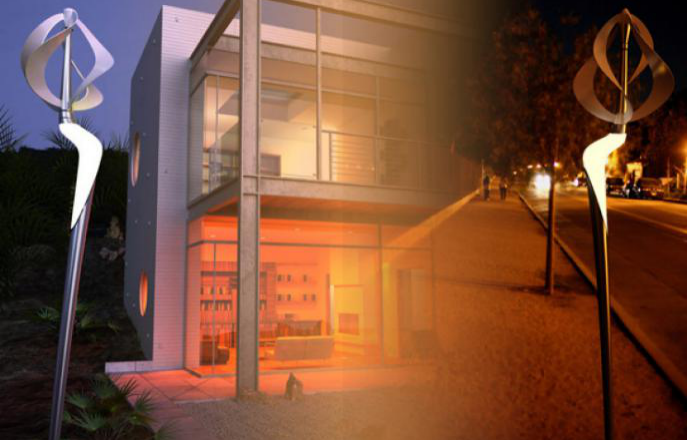 Designed by Mebrure Oral, the "Windtulip" is another inspired reimagination of the traditional streetlight. Each light comes with its own vertical wind turbine at the top that charges an internal battery day and night whenever the wind blows.

When the sun goes down, the light's energy-efficient LED lamps turn-on to keep the streets safe. Each and every light is designed to look like a piece of urban art, and it also beautifies the area in which they are installed.

7. Recycle your old batteries with "The Energy Seed" 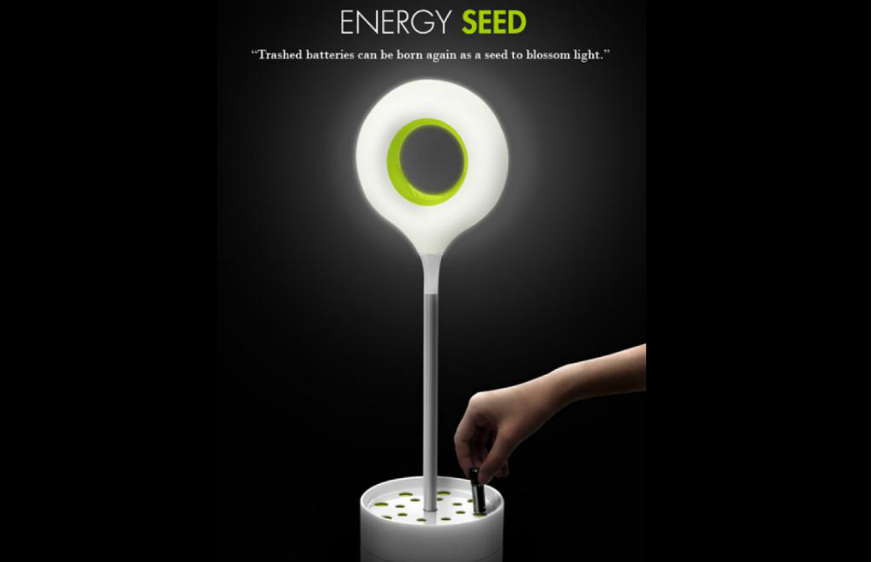 And last, "The Energy Seed" is a fantastic idea to replace traditional streetlights. The idea behind them is to help reuse spent batteries instead of just chucking them away.

As you are probably more than aware, although used batteries might not have enough voltage to run your favorite gadget, that doesn't mean all their stored energy is used up.

"The Energy Seed" concept proposes using those little bits of leftovers (akin to a Joule Thief) to power streetlights at night.

Designed by Sungwoo Park and Sunhee Kim, each light is "planted" in a small pot with round battery receptacles on the top. Users would deposit their old batteries in the device that would then harvest any and all remaining energy within them.

This is obviously just a concept at present, and a lot of research would be required to make it a practical solution.