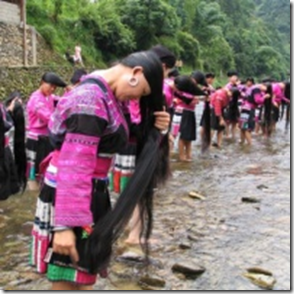 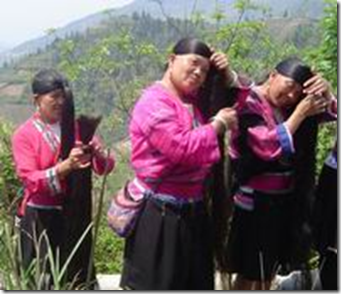 Hair is very important to women, who generally use it to highlight their features, but for the women of the ethnic Yao people of Huangluo Village, China, hair is their most prized possession.

Located in the Longji Scenic Are of Gulin, China, Huangluo Village numbers around 82 households of Red Yao ethnics, who get their name from the traditional red clothing. Like many other Chinese villages, Hunagluo enjoys very attractive natural surroundings and has plenty of ancient traditions to keep tourists entertained, but the most fascinating thing about it is the women’s obsession with long hair. In fact, the Yao settlement has received a Guinness certification for the “world’s longest hair village” and is also known as the “Long Hair Village” across China. Considering the average hair length of the 120 women in Huangluo is 1,7 meters and the longest locks exceed 2.1 meters, I would say its reputation is well-deserved. 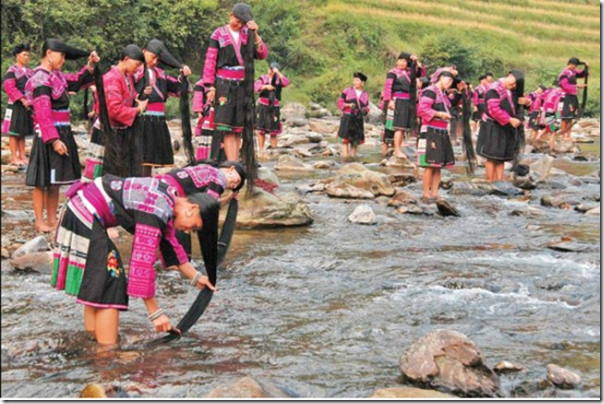 Hair has always played a big part in the lives of the Red Yao women of Huangluo. Until a few years ago, it was considered so important that no one, apart from the husband and children was allowed to look upon it when let loose. During the summer and autumn, women would go to the river to wash their hair and keep it covered with a blue scarf to keep it hidden. Only the man who would become her husband had the privilege to see a Hongyao woman’s hair in all its beauty, and that would only happen on their wedding day. If a local or a foreigner happened to stumble upon a woman with her hair revealed, he was forced to spend three years with her family as their son-in-law. But all these old traditions were abandoned in 1987, and Yao women can now proudly show and comb their jet black hair in public without worrying about the consequences. 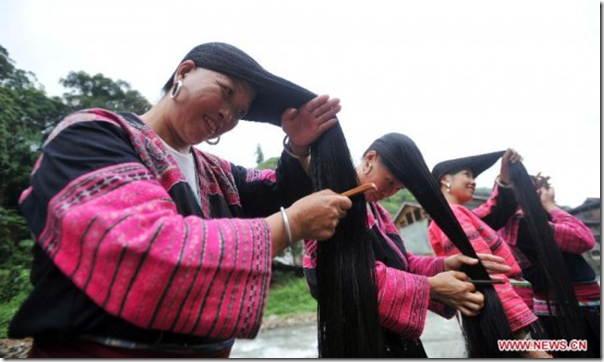 The women of Huangluo can only cut their hair once in their lives, when they turn 16, and they can start looking for a lover. But the hair isn’t simply thrown away, it’s given to the girl’s grandmother and made into an ornamental headpiece. When she marries, the hair is gifted to the groom, and later becomes a part of the woman’s everyday hairdo. It’s said a Red Yao woman’s hair is made of three bunches. One is the one that grows every day, the other is the cut headpiece, and the third is made from the falling strings of hair, which are collected every day. They all come together to form elaborate hairstyles which represent the social status of the bearer. 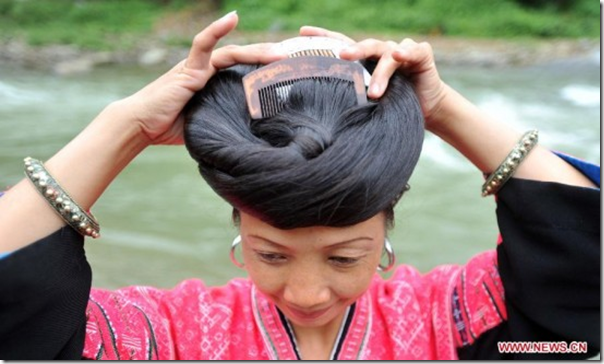 All the women of Huangluo wear their long black hair in a tray-like hairstyle, but there are certain details that say a lot about her. If the hair is simply wrapped around her head, it means she is married but has no children. If she has a small bun at the front, it means she is married with children, and if she wears a kerchief around her head, it means she is looking for a lover. Regardless of their status, it’s impossible not to notice the beauty of every Red Yao woman’s dark hair. It’s said it comes from the special “shampoo” they use to wash it with - ”rice water” (water used to rinse rice). 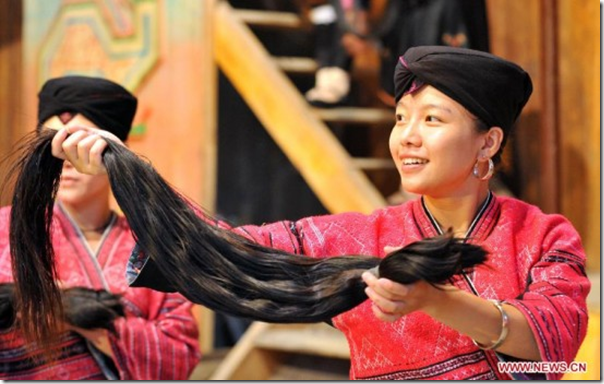 If you were curious as to why these women let their hair grow so long, it’s because they believe it brings longevity, wealth and good fortune. The longer the hair, the more fortunate one will be. 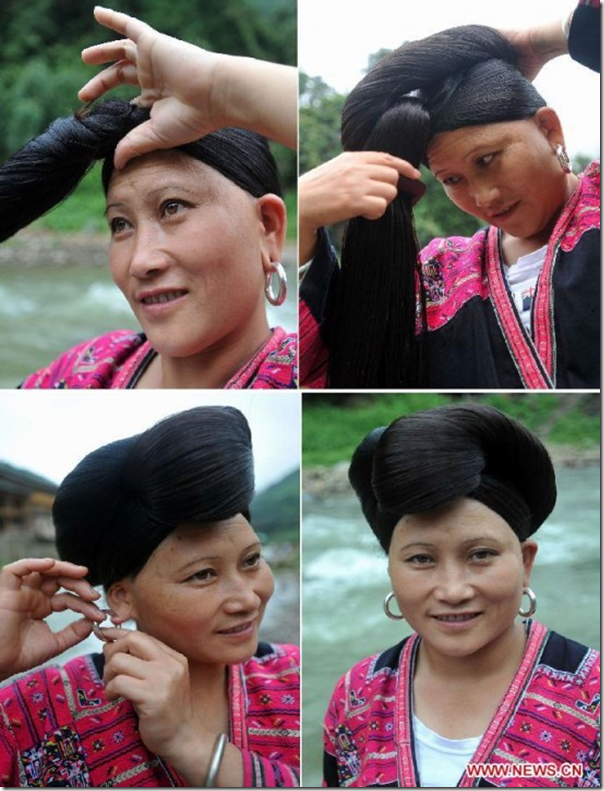