5 FREEDOM OF INFORMATION SITES FULL OF DECLASSIFIED DOCUMENTS AND SECRETS

5 Freedom of Information Sites Full of Declassified Documents and Secrets
By Mihir Patkar, Make Use Of, 10 September 2019.

This is a time when governments across the world are getting more secretive and difficult to trust. So the greatest tool the common man can have is his freedom to demand information. A little bit of it can come from declassified documents and un-redacted files. And some from the FOIA.

Leaks from whistle-blowers and informants often lead to damaging exposes like with WikiLeaks. But more and more hidden information is surfacing through common people and activists. The trailblazers leverage the Freedom of Information Act (FOIA) in the USA and its equivalents in other countries.

These portals show how they are forcing changes and making an impact, and even gives you the power and guidelines to dig out data yourself. 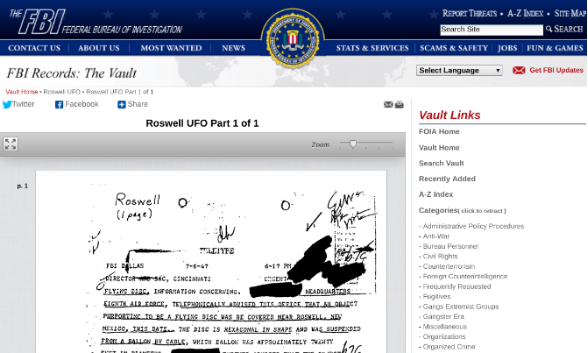 Everyone wants to know what’s happening at two of the most secretive government bodies: The Federal Bureau of Investigations (FBI) and the Central Intelligence Agency (CIA). Well, you’ll be happy to know that they have dedicated portals for declassified documents.

The FBI Vault (Web) is the official library formed due to the FOIA. It houses over 6,700 scanned documents.

Every new file that is released gets added to this vault. You can search the database with the help of optical character recognition (but that doesn’t always work well). You can also browse it alphabetically. Go through the categories on war, crime, courts, unexplained phenomena, intelligence and terrorism, civil rights, etc.

The CIA Reading Room (Web) is a similar library of all records released under the FOIA.

This repository is as well-stocked as the FBI, but I’d dare say it’s a little more entertaining. The CIA has a few “greatest hits” for you to browse. Under Frequently Requested Records, you’ll find the top 11 CIA files the public wants to read, from UFOs to spies. And it voluntarily declassifies certain records, such as its files during the 7-year Argentinian war, under the Historical Collections. 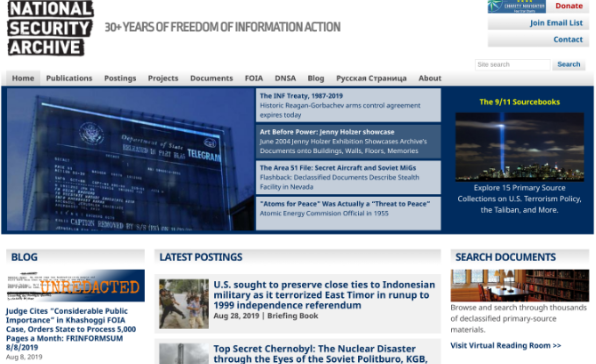 In 1985, journalists and scholars at the George Washington University formed the non-profit National Security Archive (Web) as its own watchdog for government secrecy. The world’s largest non-governmental collection of declassified U.S. documents is a result of over 30 years of FOIA requests.

Head to the virtual reading room to browse or search through all the documents published by the National Security Archive, and even a YouTube channel for some of the videos it has obtained. There are also guidelines on how to file FOIA requests, but if you’re interested in being part of that movement, check out Muck Rock below.

3. The Black Vault: UFOs and Other Secret Files 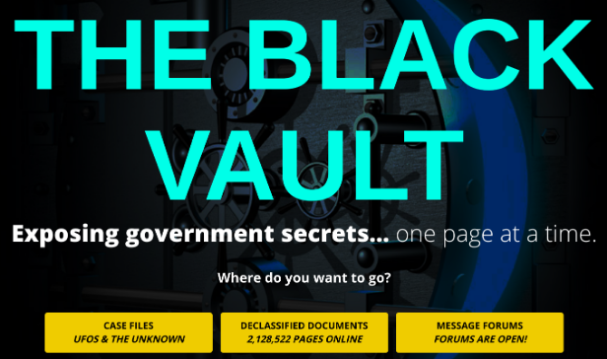 No article about FOIA requests would be complete without mentioning The Black Vault (Web). Its founder, John Greenwald, has been filing requests since he was 15 and shares all the files on his website.

The Black Vault has become the internet’s virtual storehouse for all kinds of documents released by different arms of the U.S. government, with a focus on UFOs and unexplained activity. The site is divided into sections for UFOs, government, history, military/defense, intelligence, science, the fringe, and wartime. The forums host an active community of like-minded people looking to find out what’s out there.

UFO coverage gets the most attention, with sections on spotting weird aircraft, alien encounters, space anomalies, and cryptozoology. Before you scoff at it, remember, Greenwald has hundreds of declassified government documents that he is basing this on. In fact, there is also a section on debunking hoaxes. There is a method to the madness here. 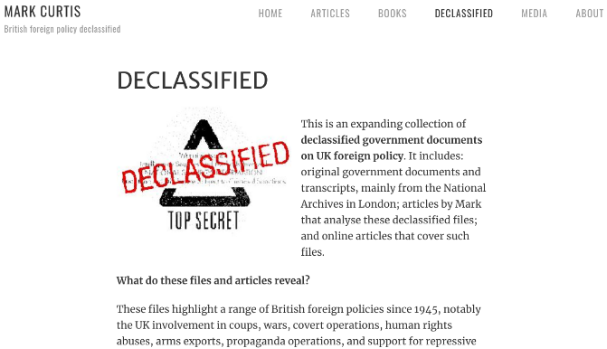 What John Greenwald is for UFOs in America, Mark Curtis (Web) is for foreign policy in the UK. The British government has been one of the most influential forces in shaping the 20th century. Curtis analyzes its foreign policies through original documents and transcripts from the National Archives.

The files are broken down by country or region, as well as topics like censorship, nuclear weapons, torture, and intelligence. Of course, if you only got the documents, it would be pretty useless to a lay reader. But Curtis adds reference links from news agencies that pertain to the documents, providing much-needed context to the policy at play.

Away from the Declassified page, the main site has articles by Curtis, where he marries his knowledge of foreign policy history with current news to provide insight into what’s happening in the world. If you like his analysis, check out one of the five books he wrote. 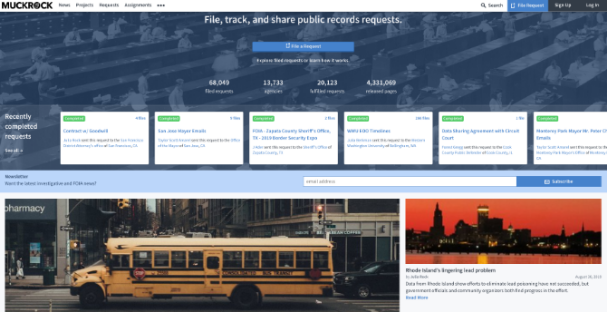 Do you want to start filing FOIA requests for public records, track their progress or rejection, and figure out how to analyze them to expose miscreants and secrets? Stop by Muck Rock (Web), a space for all the guidance you’ll need.

Muck Rock has everything you need to file requests, teaching you the tools of the trade for total transparency. The site also has a few experienced journalists at its helm and writers and analysts who go through the released files to find newsworthy items in them. You can even contribute and be part of the transparency movement by dedicating your knowledge, local expertise, or funds.

Muck Rock also releases a weekly round-up of news made possible by FOIA requests. It’s not going to be earth-shattering, but it’s heartening to see the impact transparency can have at the grass-roots level. It’s the first step to change.

There are plenty of other websites and activists that rely on FOIA requests. But to get the secrets, you often need to rely on whistle-blowers. There are renegades like Wikileaks and there are journalistic organizations like the ICIJ, which released the Panama Papers.

In the end, what you’re looking for is transparency, and trustworthy sources that don’t hide or redact information. In a world where news is often gagged and you’re uncertain of media biases, the first step is to find world news outlets guaranteed free from censorship.