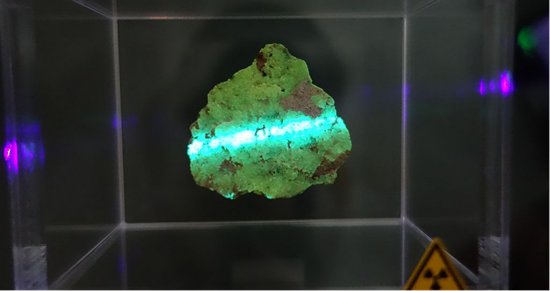 A recent study carried out by a team led by Robert Hazen of the Carnegie Institution for Science and published in American Mineralogist has shown that human activity is creating a boom in new minerals. Of the 5200 minerals officially recognized by the International Mineralogical Association (IMA), the study finds that 208 new minerals (4 percent of all minerals) have been created by human activity. The research supports the idea that we're in the midst of a new geological era - the Anthropocene - an epoch defined by the impact of human activity, rather than natural forces, on the geology and ecosystems of Earth.

The majority of minerals on Earth were created about 2 billion years ago, during what's known as the "Great Oxidation,” when oxygen flooded into the atmosphere from photosynthetic bacteria. Since then, the rate at which new minerals have been created has slowed - at least until about 1700, when human industrial activity resulted in a sudden increase in the number of new minerals. These new minerals have been found in mines, shipwrecks, and even inside museum drawers. And it seems likely that as large dumps of human artifacts and technology decompose and react with the natural environment, many more new minerals will develop. Below are seven of the new minerals created by human activity. 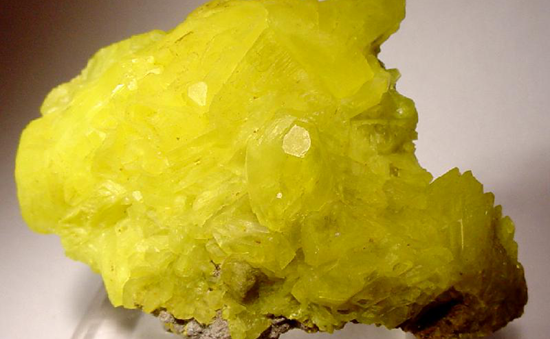 Andersonite (seen above) is named after Charles Alfred Anderson of the United States Geological Survey, who first recorded it in Jerome, Arizona. A rare sodium-calcium uranyl carbonate mineral that is generally found as a coating on mine walls, it’s formed when water evaporates onto the stone surfaces of the walls and hits the dry air from the mine. Andersonite contains uranium and is mildly radioactive, emitting a fluorescent green-yellow glow under a black light. Found in mines in America, Iraq, Austria, the UK, and Argentina, amongst other places, its beauty makes it highly prized by collectors. A good sample can fetch up to US$500. 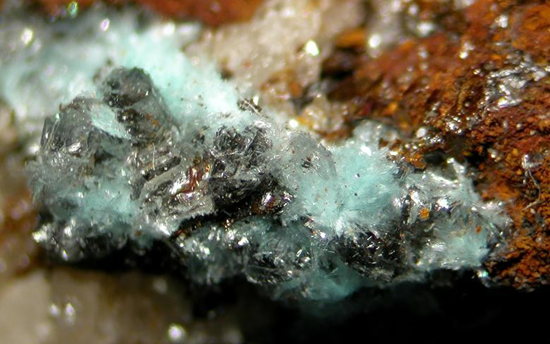 Chalconatronite is a bright-blue powdery mineral found as a corrosion product on ancient Egyptian bronze artifacts. It was first identified on excavated grave goods, and since then has also subsequently been found in various mines in arid areas such as Western Australia, Colorado, and elsewhere. 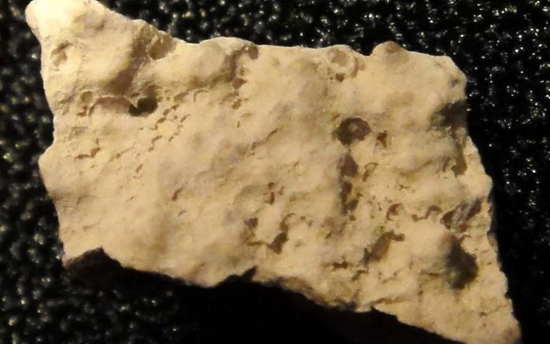 Calclacite is an obscure mineral formed only in old oak drawers at museums. It was first noted in the 1950s in the oak storage cabinet of the Royal Museum of Natural History in Brussels. White and shaped in long, hair-like crystals, the mineral is an efflorescence (crystalline deposit) created when calcium-rich rock or fossil samples react with the acetic acid from the oak.

4. Abhurite: The result of shipwreck 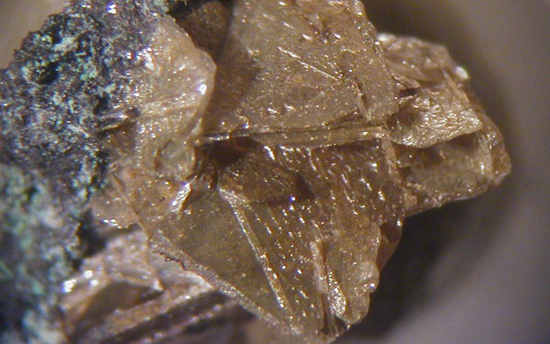 Abhurite is exclusively formed on items made of tin after they come into contact with sea water, and has only been discovered where shipwrecks have spilled tin objects into the ocean. One such site is the SS Cheerful, which was wrecked in 1885 off the coast of St Ives in Cornwall while carrying a large cargo of tin ingots. When the wreck was recovered in 1994, many of the ingots were found showing evidence of abhurite. Other samples have been found at shipwrecks in Hidra, off Norway, where the deposit was found on pewter plates, and on ingots found at a wreck in the Red Sea. 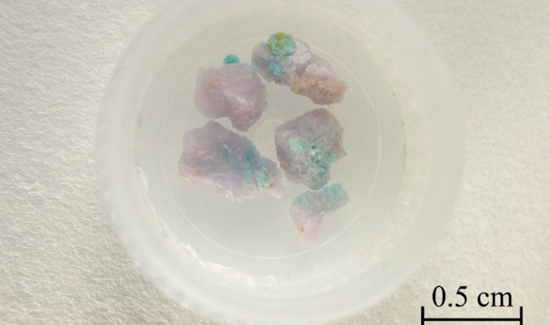 Mines create an especially fertile environment for new minerals to form—the digging of the mine by humans changes the natural temperature and humidity, which can lead to new reactions on the tunnel walls. Kornelite, named after Hungarian geologist Kornel Hlavacsek, was first found in a copper mine in Slovakia and is formed from the oxidation of iron sulfides. It is very soluble in water, so specimens must be protected from contact with the air, since humidity can destroy the delicate crystals. Pale pink or violet in color, it grows as a crust in the form of a spray of needle-shaped crystals. 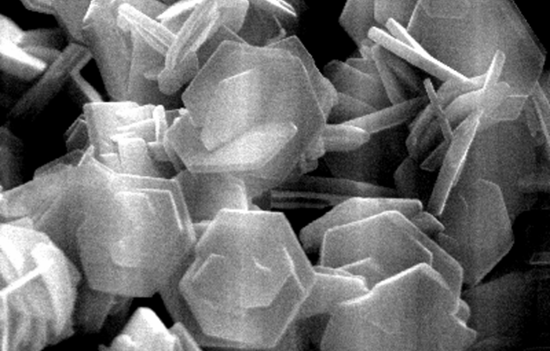 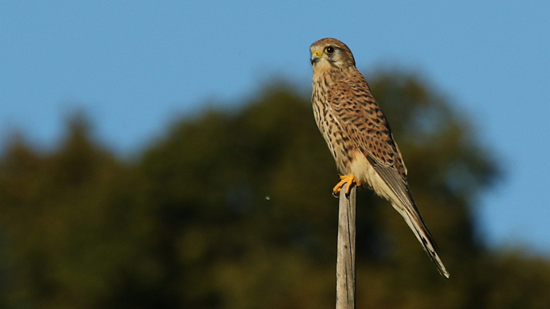 Tinnunculite is a carbon-bearing mineral named because it is often formed when the hot gases escaping from coal-burning mines in Russia react with the droppings of the Eurasian kestrel (Falco tinnunculus) [pictured above]. It has also been found naturally occurring at a second location, in Russia's Mt. Rasvumchorr.