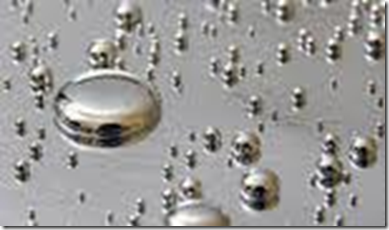 Doctors don't always get it right and, what's more, they've been getting things wrong for thousands and thousands of years now.

Mixed in with all the successes and the cures and the vaccines and smiling patients are an awful lot of treatments that just didn't quite hit the mark.

Here are some highlights, ranging from the silly and ancient to the dangerous and frighteningly recent.

It's not exactly clear how this approach was really supposed to work, but sacrifice was all the rage back in the day across a wide variety of cultures, from Judeo-Christian to African to pagan traditions.

It's pretty straightforward: if you were ill, it must have been because some god or deity was angry at you or because you had sinned. Killing an animal was supposed to appease an angry god, perhaps by offering up some kind of life force or energy. The deity would then appreciate the gift (perhaps better described as a bribe) and grant you good health.

The dead animal might even take on your burden. You know, pretty straightforward.

The ancient Egyptians loved dung (they used crocodile dung as a contraceptive); in 17th-century England, doctors advised chicken dung as a cure for baldness; and in India, cosmetics and potions laced with cow dung have been as cures for everything from cancer to acne.

Who knew poop was so popular?

The why is not really clear, since it harbours bacteria, which can cause disease itself, smells pretty foul and is just all-around disgusting in general...but never mind that.

Yeah, what with the surgeon general's warnings all over the box and the tireless anti-smoking campaigns, it's pretty clear to just about anyone that smoking isn't going to do much for your health.

However, it wasn't so long ago that tobacco was marketed like it was a medicinal product, with doctors extolling the virtues of cigarettes. And that trend goes back a long way.

When Europeans came across the plant, right around the same time they happened upon the Americas, it was already being used by Native Americans for ritualistic and medicinal purposes. Tobacco's active ingredient, nicotine, is a stimulant that can, among other things, induce a mild euphoria and provide both an alert and relaxed feeling; it's also a bit addictive, as you may have heard.

Maybe that's why, by the 16th century, European doctors were extolling the virtues of tobacco for things like, get ready: asthma, shortness of breath, bad breath and even cancer. Huh.

Sex has all kinds of wonderful effects on the body, but one of those effects is not "moving the womb."

Why would the womb need to be moved, you ask?

Well, the ancient Greeks believed that a woman's womb could move around the body, causing a woman to feel generally distressed or nervous. Their cure? Get her pregnant! Then the womb would know where it should be.

If this sounds like an excuse to have sex with and impregnate vulnerable and troubled women, well, it probably was.

What's more, the mentality behind this diagnosis lingered on well into more modern times, with 19th-century treatments for "hysteria" (a condition that made women "nervous" or "irritable") involving "pelvic massage" by a doctor or midwife. Interesting.

Back in the day, bloodletting was kind of your cure-all for everything.

Performed in the Western world by barber-surgeons (cutting hair, cutting flesh...it's all the same, right?), the practice was supposed to rid the body of imbalances and was used to treat just about everything.

It almost never did much good, more often weakening an already ill person than curing them. Still, it persisted well through the 19th century and was practiced widely throughout much of the world and many cultures, from ancient Egypt and Greece, to India, to America.

For the record, bloodletting is occasionally (albeit, rarely) worth something. The practice of controlled phlebotomy is still occasionally used for a couple of rare diseases, such as hemochromatosis, where the body retains too much iron...only nowadays, they take a pint of blood with a syringe, as opposed to a few pounds with a lancet.

Famed cure for syphilis, indigestion, old age and almost everything else, mercury was once the most popular medicinal metal.

Maybe it was the hypnotic allure of the flowing silver-coloured liquid that made it such a hot commodity; the metal found its way into the bloodstreams of some very important people, including Abraham Lincoln, whose fits of rage may have resulted from the mercury in a then-popular blue pill, and the first emperor of China, Qin Shi Huang, who likely died from the mercury-laden pills that he thought would grant him immortality.

Once you've got mercury in your bloodstream, good luck getting rid of it: the neurotoxic element accumulates over multiple doses. At its worst, mercury poisoning can cause paralysis, insanity, loss of motor control and death...and it never really did much to cure either syphilis or mortality either.

If the brain wasn't working right, why not just take part of it out? That was kind of the logic behind lobotomies, a practice that came of age in the middle of the 20th century.

Doctors were just beginning to understand how the brain worked and had zeroed in on the frontal lobe as the source of all kinds of problems - most notably, schizophrenia. From there, they took things one step (or maybe 20) too far.

While the first attempts at lobotomies date back to the 1890s, the technique didn't become popular until the 1930s and '40s. One of the more famous lobotomists was Walter Freeman, who travelled the country, ice-pick in hand, ready to plunge it through an eye socket and into the brain.

It's gruesome, terrifying stuff, particularly since many of the lobotomized patients were being treated for things like "youthful defiance." What's more, the technique wasn't much of a success among patients who were genuinely suffering from serious mental illnesses: many of the once erratic-acting patients were in fact calmer, but they were also rendered completely non-reactive and devoid of memories, their intellects and a normal range of emotions.

Actually, the hole is in your skull, to be precise, cutting right up to the brain matter. Used to combat a range of ailments, from epilepsy to mental illness, trepanation was once popular among ancient Europeans, Egyptians and Africans.

Doctors drilled into the skull to release demons or increase brain volume or maybe just to freak people out. The scariest thing? In addition to being practiced in limited ways in Africa today, trepanation still has a minor following among a group looking to raise their consciousness, find enlightenment or combat depression.

There are plenty out there who will gladly help you drill skull-deep with, no kidding, a power drill. No thanks.

In case you needed a reminder that really bad ideas for cures don't have to come from thousands of years ago, let us remind you of radium water.

Maybe the reason this bad idea didn't show up until the 20th century was because we didn't know about radioactivity until then...but once we discovered it, we sure did move fast.

Never mind the cancer, the falling out hair and teeth, the decaying bones, the fatigue or any of the other signs of radiation poisoning - the makers of a whole variety of radioactive cures, including Radithor radium water, insisted that the, um, high-energy water could cure everything from arthritis to high blood pressure to acne.

Well, without a doubt, if demonic possession is your trouble, exorcism really might be the answer.

But think seriously now: could your ailment be caused by something OTHER than a rogue agent of Satan? If you answered "maybe," then you could probably do without the beatings and screaming that occasionally go with an exorcism.

But if you lived in the Middle Ages, back before we understood anything about brain chemistry (or moody teenagers), you might have turned to the church for answers and the prescription for exorcism actually might very well have solved your problem - even if it was only by scaring the victim into a long life of careful submission.