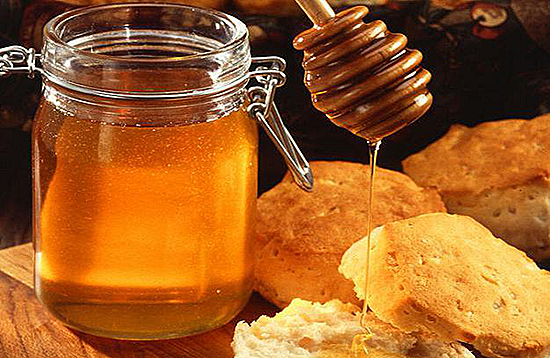 Is there anything in life that isn't a double-edged sword? Take antibiotics, for example. They've turned once-deadly diseases into mere shadows of their former selves, yet too much of this seemingly good thing can actually backfire. You're probably aware that antibiotics should only be taken when necessary because the bacteria in your body can become resistant to drugs, leaving you vulnerable to future, untreatable infections [source: Medline Plus].

Even if you follow all prescription recommendations, chances are that you and your loved ones are unknowingly coming in contact with both antibiotics and resistant bacteria via our food supply. "If we are exposing ourselves to partial courses of indiscriminate doses of antibiotics through the foods we eat we are going to be left with some degree of antibiotic resistance," says David L. Katz, MD, MPH, director of the Yale University Prevention Research Centre.

Interestingly, even though some foods have antibiotics added to them, others contain antibiotics naturally. Keep reading to find out which foods fall into each category.

It's true that cows and chickens get sick occasionally and require antibiotics to get them back on their clucking and mooing ways. Unfortunately, most of the animals being given a near-daily dose of drugs are perfectly healthy, which is where the problem lies. In the U.S. and Canada, antibiotics are routinely given to animals to encourage weight gain, although their use for this purpose has long-since been banned in many other countries [sources: PBS, Charles]. Both countries are currently embroiled in plans to phase out certain antibiotics, although it will probably take several years to achieve the end goal [sources: Munro, FDA].

Why is antibiotic use such a big deal? Well, animals, much like humans, are capable of developing antibiotic-resistant bacteria when they are too frequently given meds. In turn, bacteria can invade the food that these animals produce, like steak, ground beef and chicken breasts. Then, these superbugs can sicken the people that eat them. Since these bugs are antibiotic-resistant, they can be seriously tough to treat [source: CDC]. Vicious cycle, isn't it?

Fortunately, there are ways around this germy issue. Always make sure to handle raw meat carefully and cook completely to destroy bacteria. As an added layer of protection, seek out the USDA Organic/Certified Organic label and/or a Food Alliance certified label to ensure that your side of beef doesn't come with a side of penicillin [source: Eating Well].

Pesticides are often considered a necessary evil since many crops would be torn to shreds by bugs without them. Antibiotics are a key component of many pesticides, and at least one severe allergic reaction has been reported, with the possibility of many other milder responses flying under the radar. Pesticide-treated blueberries were the culprit in this case, but really any other fruit or veggie grown under such circumstances is a potential threat [source: Medline Plus]. Of course, people with known allergies of any kind are always encouraged to carry an epinephrine pen just in case of accidental contact. Better safe than sorry!

Sigh. Isn't anything sacred? Milk has faced a lot of criticism in recent years thanks to some less-than-desirable inclusions, with antibiotics near the top of the list. To be fair, just a small percentage of milk shipments test positive for illegal levels of antibiotics. Unfortunately, rapid tests often only look for a small selection of drugs in milk, and slaughterhouse testing has revealed high levels of other drugs commonly used in dairy cows [source: Neuman]. Research has backed up the presence of drugs in milk, with one in particular finding at least 20 pharmacologically active substances, including antibacterials.

Many dairy enthusiasts are so eager to skip the meds, hormones and other chemicals often found in plain old milk that they go to significant lengths to purchase raw (unpasteurized) milk directly from dairy farmers. CDC discourages this practice though, since raw milk is one of the most common causes of foodborne illness, thanks to inherent bacteria. "It can be done, but as a routine practice, drinking raw milk increases the risk of the milk itself transmitting, not antibiotics, but the risk of infection," says Dr. Katz. He adds that milk is a good medium for bacterial growth, which is why the pasteurization process was invented in the first place.

So what are we supposed to enjoy with our cookies, exactly? Often, local dairies sell pasteurized milk with a zero antibiotic tolerance policy, or you can look for a commercial brand with a "no antibiotics" label.

Apparently, even honeybees get the sniffles from time to time. Antibiotics are routinely used by beekeepers to handle infectious situations and also to stimulate growth. As if we need cow-sized bees flying around! In all seriousness, antibiotic limits in honey are not as closely regulated as other food products, particularly troublesome considering that the honey has traditionally been used for medicinal purposes, like treating seasonal allergies and stomach ulcers. Rampant contamination by pesticides, heavy metals and even radioactive materials are also of great concern to honey purists [source: Al-Wali et al.].

In a very Catch-22 twist, honey is also a very well-known natural antibiotic, thanks to a particular protein that bees add to the mix, called defensin-1. The protein is so powerful that it is currently being studied for potential use as a burn and/or skin infection treatment and to counteract the effects of the dreaded MRSA (methicillin-resistant Staphylococcus aureus) [sources: Kwakman et al., Science Daily].

Garlic, in all its bad breath-inducing, but oh-so-flavourful glory, has been long-revered for its natural bacteria-fighting capabilities. In fact, it was even dubbed "Russian penicillin" during World War II because physicians fell back on garlic to treat illness when they ran out of prescription antibiotics [source: NYU Langone Medical Centre].

Garlic also possesses an impressive ability to know when to say "when." Research has shown that the herb is adept at managing the level of Heliobacter pylori bacterium in the digestive tract, without completely eliminating it. Too much H. pylori can result in stomach ulcers, with too little causing other strain to the gut. Stomach cancer is one of the top two cancers worldwide, and the researchers found that populations that ate a lot of Allium vegetables (like onions, scallions but particularly garlic) had a lower incidence of stomach cancers [source: Sivam et al.]. Although the topic is still being studied, there is evidence that fresh garlic packs enough punch to kill nasty bugs like MRSA, Escherichia coli and Salmonella enteritidis [source: Medline Plus].

To non-medical folks, it seems a little counterintuitive to turn to fungi to fight bacteria, right? As it turns out, mushrooms and their mouldy brethren have a storied history of antimicrobial awesomeness. In fact, many major antibiotics, such as penicillin, tetracycline and streptomycin are actually derived from fungi. "In general, when we get actual antibiotics we are getting them from moulds and fungi," Dr. Katz explains. "Mushrooms actually produce compounds that kill bacteria."

Modern research has confirmed the bacteria-fighting abilities of mushrooms, so add 'em to your next salad or sandwich for a healthy little kick. Be sure to choose an effective version, however. All mushrooms are not created medicinally equal, so stock up on heavy-hitters for best results. For example, the shitake variety is known for cancer, bacteria and virus-fighting capabilities, and is also an effective cholesterol regulator. Reishi mushrooms are similarly gifted, and also beloved for their impact on blood pressure regulation and anti-inflammatory abilities. For best results, select organic brands and stick with 'shrooms that grow on trees [sources: Williams, Mercola].

Red cabbage has long been respected for its powerful anti-inflammatory and anti-cancer powers, but is now gaining ground for its antibacterial capabilities, as well. Recent research actually revealed red cabbage to be surprisingly effective at combating even drug-resistant bacteria strains, like methicillin-resistant Staphylococcus aureus and E. coli [source: Hafidh, et al.].

Cabbage juice is also a favourite go-to of physicians and patients dealing with ulcers, because it is rich in lactic acid, which helps to keep healthy bacteria levels in check, while also doing battle with ulcer-causing bad bacteria. Cabbage's rock star status doesn't end there, however. Cabbage leaves have been used for centuries to treat mastitis (breast infection), which typically occurs in nursing mothers. Patients are instructed to apply the leaf directly to the breast as needed to fight infection [source: Banzer]. It may be slightly stinky, but it's effective!

Cooked or raw, onions are highly popular for adding flavour to many beloved dishes. Their history of powerful antibiotic capabilities makes me that much more likely to include them in my cooking this cold and flu season! Practically cousins to superstar garlic, onions contain sulphur compounds that have proven ability to ward off infection, even doing battle with resistant bacteria [source: Quigley].

Research has even examined the efficacy of onions against oral bacteria, and found that they are effective at managing bacteria associated with periodontal disease [source: Kim]. So add some raw onion to your sandwiches and chew thoroughly. You'll be doing yourself and your dentist a favour in the long run!

The butter products industry keeps ping-ponging around all over the place. In my lifetime alone, we've gone from butter to margarine back to butter again, based on various studies and other medical determinations regarding risk factors of these products. Although butter does contain some nutritional value (it's been found, for instance to contain a compound that protects you from tumour growth and cancer), many brands are under fire for having antibiotics contained in their creamy depths. That's thanks to the fact that the butter is produced using milk from dairy cows, which as we learned earlier are given antibiotics [source: Hari].

Your pancakes and muffins don't have to suffer, thankfully. Simply choose organic grass-fed or non-organic grass-fed butter the next time you hit the grocery aisle. Dragging great-grandma's churn out of the attic just seems like too much work!

A dusting of spices can do far more than add flavour to your food. They can actually retard microbial growth. Scientists at Cornell University found that allspice and oregano (as well as onions and garlic) killed 100 percent of bacteria they came in contact with, while thyme, cinnamon, cumin and tarragon killed 80 percent of bacteria [source: Cornell Chronicle].

Turmeric, an essential ingredient in curry, is widely known as a rock star of the spice world, thanks to both its bold flavour and antibacterial properties [source: Turmeric for Health]. The spice owes its "oomph" to the essential component curcumin, which research has shown to aid all stages of wound healing. As if that's not enough, curcumin is a known anti-cancer agent, antioxidant and anti-inflammatory, to name a few [source: Akbik et al.]. Pretty impressive for a simple yellow powder!

Author's Note: When one of my kids has strep throat I'm all about the antibiotics. In my food? Not so much, unless they are natural. I've been trending toward being more of a label reader in recent years, so I'll continue to keep a sharp eye on certain products. On the flip side, it's nice to know that some foods are actually not out to get me. Thank you, mushrooms!

Related Articles:
1. Can we get antibiotics out of the meat industry?
2. Is USDA certified organic food safer than regular food?
3. USDA Vegetable Guidelines
4. 10 Weirdest Sources for Antibiotics
5. How do antibiotics work?