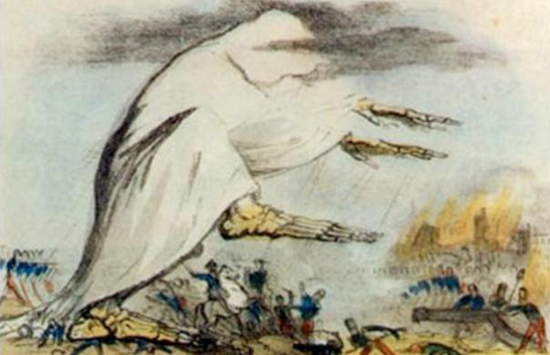 Ebola is the latest in a long list of infectious disease outbreaks that have plagued humankind. The worst become pandemics, sweeping across continents and killing as many as tens of millions of people.

Today, nations are struggling to get Ebola under control. This week saw New York City's first case, while the World Health Organization declared Nigeria and Senegal free of Ebola. (See "From Senegal and Nigeria, 4 Lessons on How to Stop Ebola.")

How much higher this epidemic's death toll might climb remains to be seen. In late September, the U.S. Centres for Disease Control and Prevention estimated that in a worst-case scenario, the total number of cases (not deaths) could reach 1.4 million by late January.