The last few years have seen an extraordinary number of conflicts sweep the globe. From the fall of Gaddafi in Libya to the on-going turmoil in Ukraine, many nations and millions of lives have been torn apart by bombs and bullets. While it may be hard to translate such vast numbers into something meaningful, the human cost of these conflicts can be seen in the homes and places left behind. The empty ghost towns, abandoned villages and barely-inhabited areas of the conflict regions; devastated and left to rot even as whole regions implodes around them. 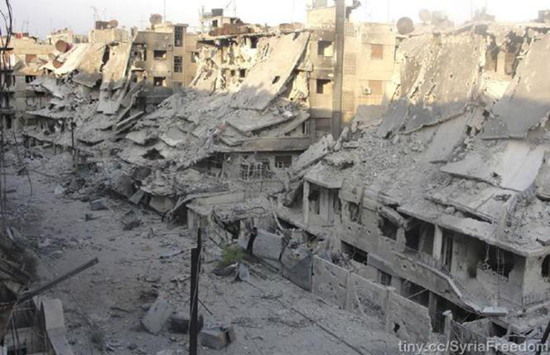 The final destination on the Silk Road, Aleppo has long been revered for its history. Then, in 2012, the Syrian Civil War rolled into town. As bombs rained from the sky and chemical clouds loomed over neighbourhoods, hundreds of thousands fled for their lives. The result: an empty, desolate city; a hollowed out shell now home only to those with nowhere else to go. 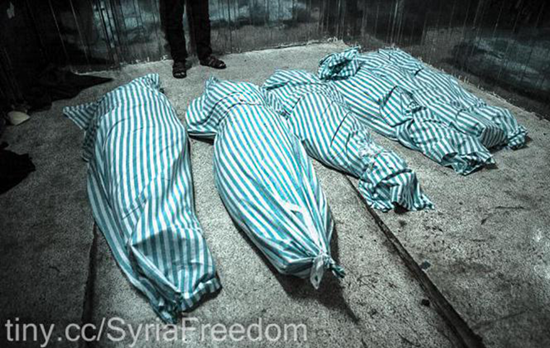 Today, the historic centre is almost entirely in ruins. Suburbs, especially the poorer ones previously housing Sunni Muslims, have been bombed into rubble. Streets are all but devoid of humans and the few people still clinging on to life in the ruined city are generally malnourished and without shelter. As the war steamrollers on, it’s looking increasingly likely that a final push by the Assad regime is shaping up. What will happen to Aleppo’s remaining residents when that time comes is anyone’s guess. 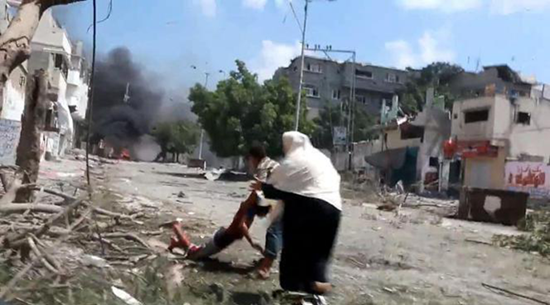 The recent war between Israel and Hamas left plenty of ghost towns abandoned on both sides of the border; as Israelis took shelter from Hamas’s unguided rocket attacks and Gaza residents fled artillery fire. But perhaps nowhere symbolises the tragedy of the conflict as poignantly as the neighbourhood of Al-Shejaiya. Once one of the busiest, most densely-populated areas in Gaza City, it came under heavy fire and, on 20th July 2014, was bombed into oblivion by Israeli forces. 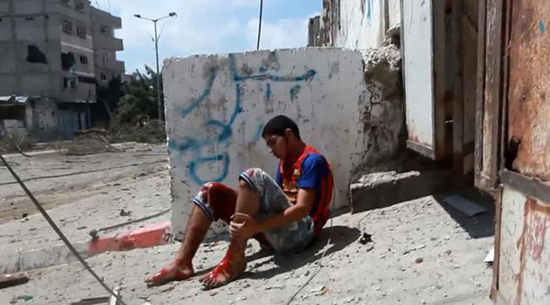 Now, with the dust finally settled on the bloodiest clash between Israel and Palestine in living memory, Al-Shejaiya is still mostly empty. The buildings are rubble, and those with nowhere else to go are forced to camp out amongst the wreckage. Thankfully, with both sides committed to rebuilding, Al-Shejaiya’s misery cannot last forever. Until that time, however, it remains a creepy ghost-suburb, a reminder of the human cost of this protracted conflict. 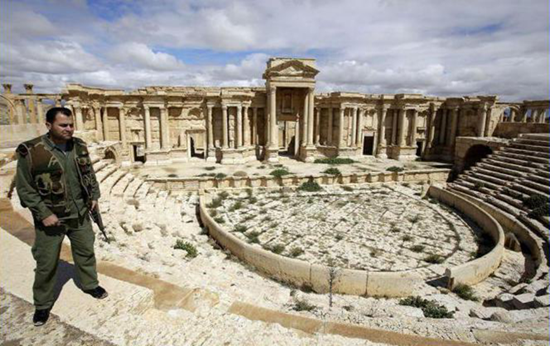 For centuries, Qaraqosh was one of Iraq’s oldest Christian strongholds; a town of great historical significance to the country’s religious minorities. Things finally fell apart in August 2014, as ISIS militants approached the settlement, unleashing a firestorm of mortars on the population. In the aftermath, everyone who could do so fled the city, leaving a temporary ghost town languishing in the heat of the burning Iraqi sun.

Fast forward to the present and Qaraqosh is no longer empty. Instead, it was last reported as being under the control of ISIS - a key outpost for the insurgent group. For the remaining residents, this is likely a fate even worse than being left to rot. Although no longer physically empty, Qaraqosh is now spiritually dead. In that sense, it’s now a true “ghost town” of the Middle East.

Of all the cities suffering in Ukraine’s brutal, protracted civil war, perhaps none has been as badly hurt as Luhansk. Formerly a township of 400,000 people, the city declared itself the capital of the independent Lugansk People’s Republic on 12th May 2014, triggering a war with the Ukrainian army. In the following months, the city was surrounded, placed under a siege and bombed into a state of near oblivion. As the fighting intensified, more and more fled the onslaught, till less than half the original population remained.

Five months later, with the war still rumbling on, Luhansk now has a post-apocalyptic feel. Buildings are in ruins, the streets are strewn with debris and locals frequently take to bomb shelters as the fighting flares up again. At time of writing, the city is still without power and water and many neighbourhoods are utterly abandoned. 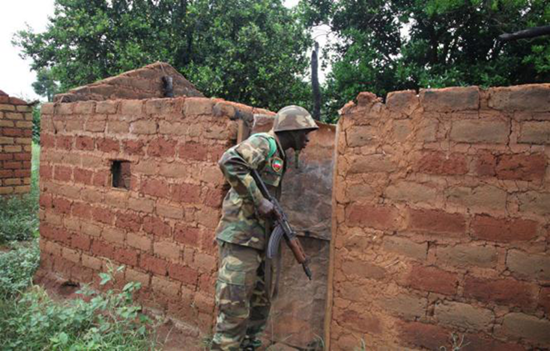 A tiny regional capital in the prefecture of Ouham, Central African Republic (CAR), Bossangoa had the misfortune to be at the epicentre of the CAR’s recent sectarian violence. In January 2014 Muslim and Christian militias battled it out for supremacy of the area; resulting in a conflagration that razed the town to the ground and sent citizens pouring into nearby refugee camps. Thanks to the ethnic tensions on display, the Muslim and Christian camps were firmly kept apart, adding to a climate of fear that permeated the ghost town’s charred ruins. 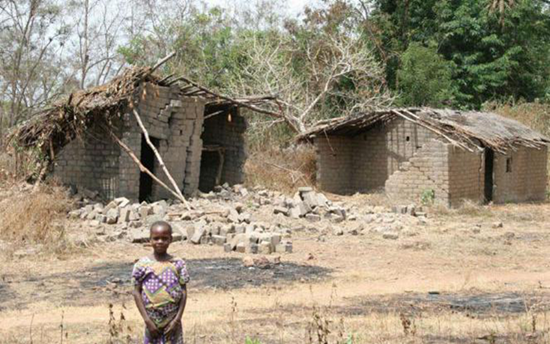 Although tensions have since cooled off slightly, Bossangoa remains little more than a ruin: a monument to the bloody divides tearing this tiny nation apart. Never particularly large, it’s now just a collection of fire-damaged buildings, punctuated by occasional pockets of repair works. If the predicted full-blown civil war erupts across the CAR in the coming months, even these minor attempts at reconstruction may be swept away forever. 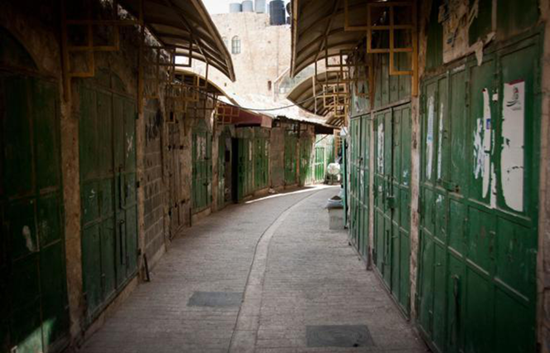 One of the economic hubs of the West Bank, Hebron has long had a chequered history in relations between Palestinians and Israelis. Captured along with the rest of the West Bank following the Six Day War, Hebron has since seen a small enclave of Jewish settlers take over parts of the old city, causing tensions to rise. As a result of this, local Palestinians have been kept out the area to minimize the risk of violence. The consequence is a historic section of the city that is now virtually uninhabited, including the old souk (market). Shops stand empty, streets are nearly devoid of life and both Jewish settlers and Palestinians rarely set foot here. 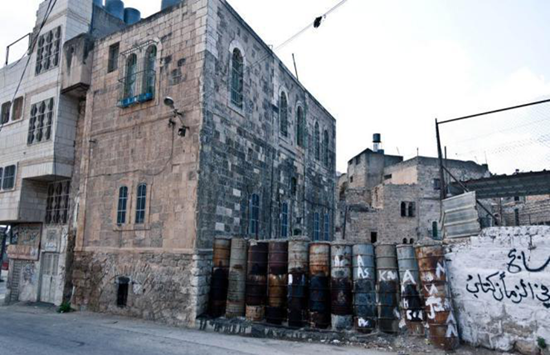 Although not largely involved in recent conflicts, Hebron has still seen its fair share of trouble over the past few years. Jewish settlers have been murdered in the street by Palestinian gangs and the IDF have shot dead local teenagers. With tensions frequently simmering somewhere around boiling point, this holy city acts as a microcosm for the entire conflict; one fought out in empty streets and darkened doorways.

Mexico’s on-going Drug War is one of the bloodiest narco-conflicts in modern history. Lacking even the thin veneer of ideological justification that characterised Colombia’s civil war in the cartel days, it has seen hundreds of thousands of people murdered, disappeared, tortured and executed. With the fighting fiercest in the North and West of the country - near routes to the US border - whole towns and villages have been abandoned; their inhabitants either dead or simply fleeing the extreme violence of the drug lords. 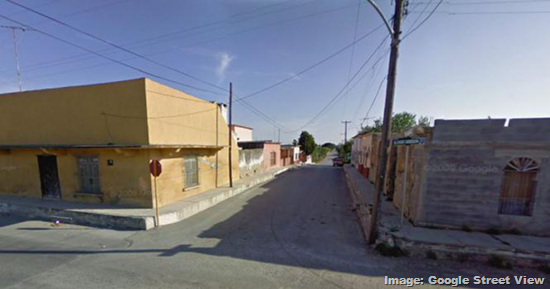 Perhaps worst hit of all regions has been Guerrero State. In 2013, the LA Times reported on the overwhelming number of pueblos fantasmas in the region: ghost villages emptied out by the cartels. In the shadow of vast mountain ranges, these former farming villages now lie like broken corpses in the dust; merely the more apparent victims of Mexico’s nightmarish war. 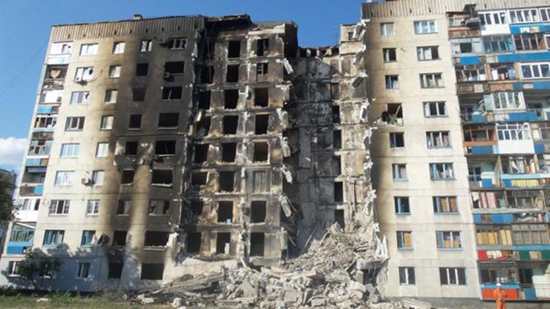 As the city at the heart of Ukraine’s bloody conflict, Donetsk has seen its share of violence over the past half-year. According to the UN, hundreds have died in the city alone, and rebel groups have deeply entrenched themselves into houses and government buildings. Unsurprisingly, the sporadic clashes and constant threat of violence have caused many local residents to flee; leaving a deserted town centre consisting of closed store fronts, empty ATMs and an atmosphere of intangible worry.

Outside the centre, the city airport lies in ruins, and constant explosions shake the Earth and send debris flying kilometres away. With any chance of a meaningful ceasefire seeming highly unlikely, it’s doubtful that Donetsk’s escaped citizens will return in the foreseeable future; leaving an eerily deserted city on the fringes of Europe - neither totally ruined nor completely salvageable. 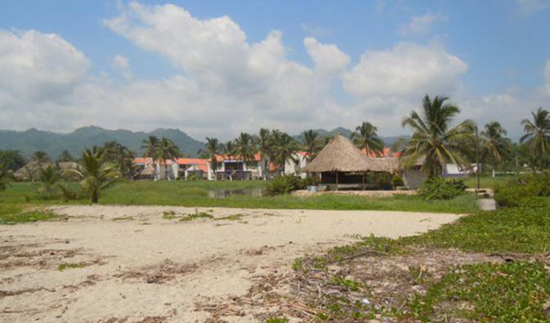 Colombia’s 50-year old civil war is one of the world’s great, under-reported tragedies. Since 1964, a three-way battle between leftist factions, right-wing paramilitaries and the Colombian government has seen over 200,000 people killed and nearly 5 million internally displaced. This equates to more refugees than produced by any other conflict on Earth bar the Syrian Civil War; with the result that whole swathes of the countryside now stand deserted, the inhabitants driven away by threats of violence. 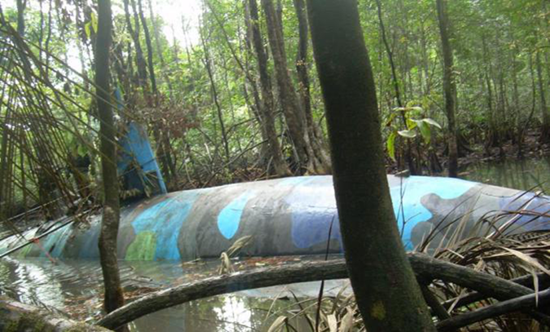 Many of the worst-affected regions are on the Pacific Coast and deep in the Amazon, where a lack of infrastructure means guerrillas and narco-traffickers can ply their trade untroubled by the government. While the situation has hugely improved in the last decade, many departments are still spookily empty; it’s entirely possible to drive across whole backwater regions without encountering a single living soul. With peace talks between the warring factions moving into their final phase, it’s hoped that Colombia’s ghost towns and villages will soon be once again filled with life. 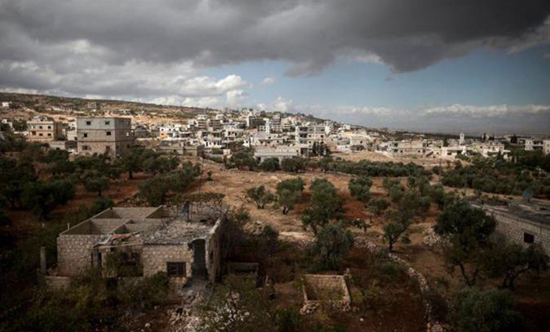 A small village in Syria’s sleepy Idlib Province, Kfar Lata was abandoned not long after the civil war first kicked off. As such, it now acts as a perfect symbol for the futility of Syria’s bloody, dangerous and frequently inhuman conflict. 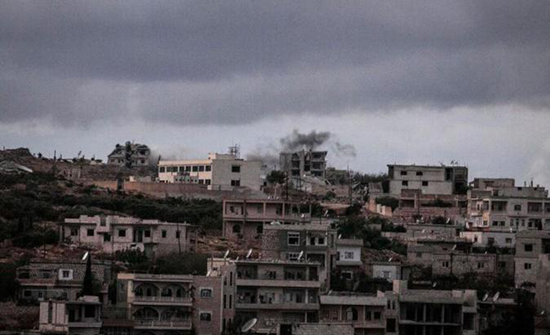 Targeted for heavy shelling by Assad’s regime forces and overrun by violent rebel groups, the village is currently home to only a handful of families and scavengers with nowhere else to run to. Every day brings the survivors more news of tragedies, and constant gunfire pounds what remains of the fragile buildings ever further into ruin. At this stage of the conflict, it is almost impossible to imagine the hundreds of refugees who fled ever returning here; to a hometown shattered and desecrated by one of the bleakest modern conflicts ever seen.

Top Image: Damage in a street at the al-Khalidiya neighbourhood of Homs, Syria, on November 19, 2012. Credit: Freedom House, cc-4.0.